Firstly, thanks for checking out my game! I made this as an entry for the GMTK 2018 Game Jam, with the theme "[Genre] without [mechanic]". This is my first game jam, and it was a ton of fun! I decided to use Pico-8, a fantasy console programmed using lua. This decision came with some serious limitations, including 128x128 display and 16 color palette. All in all, I'm fairly happy for my first game jam, first time using Pico8, and first time using Lua.

I didn't have time for sound/bgm, and art assets are a bit lacking, including the main menu, but functionality is solid! If you have any comments or thoughts, let me know, as I'm bound to pick this project back up and flesh it out more.

For Weekly Game Jam Week 61, I've updated the game quite a bit! See below for a changelog over the last few days! 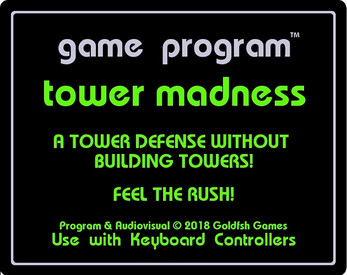